We Strategize To Deliver SaaS Quickly To You.

Many companies don't have much experience—or any—building software variations. As a premier Web Design and Development Company In Los Angeles, we set ourselves apart from the competition by engineering, building, and hosting ASP, SaaS, and On-Demand software. We've participated in Microsoft's SaaS On-Ramp programs which cut costs to launch SaaS software.

These are client-server applications with a web-centric interface hosted by a 3rd party to reduce costs. There are no license fees to use the software since the application is developed for the customer. ASP applications are especially useful to companies that need a highly customized application capable of responding to quickly changing business rules. If, however, your software is intended to be delivered to many companies, a SaaS model is a better fit.

Software As A Service (SaaS) - The Biggest Head-Turner.

Like ASP applications, SaaS is delivered through a web-centric interface to its users. Companies using your SaaS application will benefit from a dramatic drop in costs. Small to medium-sized businesses prefer leasing SaaS applications because they are relieved of the hassle of researching, developing, maintaining and hosting their application.Here are some the factors that go into design:

If You're Considering Designing Software To Automate And Streamline Your Business, Consider Thinklogic.

We're a Los Angeles Business Software Services Company founded in 1998, specializing in custom business solutions, web programming, and database design. We have a reputation as the innovative industry leader, having completed projects for 100+ clients in both the B2B and B2C vertical sectors. We ensure client satisfaction with a comprehensive custom roadmap created by Thinklogic prior to the execution of your solution, consisting of requirements, documentation, and a detailed timeline. The roadmap is designed to help complete the project efficiently and cost-effectively. Contact us to learn more about the roadmap features.

The mobile solution is a key component to success in your web-based business. Having provided Mobile Application Services in Los Angeles for over a decade, we've developed a wide variety of mobile applications and mobile-friendly sites that reach larger audiences while integrating effective approaches in business models.We're certified in iOS and Android ease-of-use application development. Furthermore, our holistic approach to marketing can maximize the benefits of the application while assisting in reaching your target audience.We are a Los Angeles Mobile App Development company who can also convert your existing website programming to a mobile platform in less than a week. Your website can go live on a mobile platform while keeping full functionality intact.

The mobile solution is a key component to success in your web-based business. Having provided Mobile Application Services in Los Angeles for over a decade, we've developed a wide variety of mobile applications and mobile-friendly sites that reach larger audiences while integrating effective approaches in business models.We're certified in iOS and Android ease-of-use application development. Furthermore, our holistic approach to marketing can maximize the benefits of the application while assisting in reaching your target audience.We are a Los Angeles Mobile App Development company who can also convert your existing website programming to a mobile platform in less than a week. Your website can go live on a mobile platform while keeping full functionality intact.

We Started With CMS And Won't Slow Down.

Our CMS solutions offer ease of content management, dynamic site navigation, pure browser-based site navigation, content version control, user search, and site analytics. The following is a list of solutions which we are certified to support:

Please contact us to learn about a custom solution for your business.

Thinklogic is a Los Angeles Web Design Company and we provide both static and dynamic e-commerce software websites. We offer a wide variety of high quality life-cycle development services, ranging from requirements gathering and definition through the delivery and deployment of business solutions. Our first step is to create a documented custom roadmap and execution plan for your projected website. Then, we put a fixed-investment proposal on the table.Your project roadmap, combined with what we have to offer in depth of experience with graphic design and layout, website programming, and marketing and search engine optimization, should sustain confidence in our ability to meet and exceed your expectations, regardless of industry, company size, or requirements.By utilizing a combination of the latest standards, technologies, and back-end capability, we are able to design and create web pages that work in virtually any browser, bringing significant benefits in terms of scalability, functionality and maintenance.Call us at (310) 337-6646 or email us at info@Thinklogic.net for more information.

How a Web App Changed Hollywood

In 2019, the Writer’s Guild of America (WGA) — a labor union consisting of over 20,000 writers for television shows, movies, documentaries, and more — encouraged their writers to drop their agent representation if their agents did not agree to sign the WGA’sCode of Conduct.

WGA’s code of conduct protected the guild’s writers around the industry’s unfair practices, especially regarding “packaging”fees and deals driven by agency affiliations with production companies. Throughout the years, agencies became more concerned about receiving their fees than representing their writers to their best interests.

Until then, writers were required to work with agents to find and apply for job opportunities. Writers rarely knew about what jobs were available or who was hiring at the time. Agents held the keys to securing work in the industry.

With the WGA’s call to drop unfair representation, thousands of writers were about to be agent less, which meant they would be left with no easily accessible means to find work for themselves.Even those with strong connections would be limited because it was not common practice for writers to connect directly to producers. The WGA knew they would have to find a way to help writers connect with studio contacts.

Turning the Entertainment Industry on Its Head

WGA’s initial push for writers to release themselves from unfair agents and agencies needed to be backed by an effort to bridge the gap between writers and producers. The WGA decided to build a platform that would allow writers to connect with hiring managers directly.

But WGA’s small IT team did not have the resources or capacity to create such a platform, especially when they were going against the clock. Every second that went by might be another second that their writers were not finding work.

It was clear that they needed to outsource the creation of their platform to a specialist. They reached out to Thinklogic because of their impressive resume as a custom web development agency.

This solution had to be two-sided. On the one hand, writers needed the ability to search for available jobs and submit their information to the hiring managers of their choice. On the other, executives and hiring managers needed to efficiently access, process, and manage these submissions and the writer’s information.

How the WGA Chose the Right Solutions Provider

The WGA chose Thinklogic to build the solution that met the needs of the guild. Through extensive discussions, Thinklogic’s project management team created mock-ups based on their conversations, intending to strike a balance between the writer-facing side and the solution’s executive-facing side.

Thinklogic’s approach was to make this an iterative project. They started with a simple version of this two-sided tool that only enabled one type of project. From there, they tested it, retested it, and then proceeded to build out iterations.

The rest of the site was built out one module at a time, until there were more than a dozen different tools, or modules, within the WGA platform.

Thankfully, the foresight of the WGA gave everybody involved enough time to build the solution and deploy it on the very day their writers were encouraged to drop their agent representation. Thinklogic’s attentiveness and agility as a team contributed to the quick success of the project.

This success was not without its challenges — the Thinklogic team was faced with complex permission requirements, unknowns in regard to the growth and future of the platform, and an evolving scope to keep up with the needs of the guild members.

‍Now, for the first time in the history of Hollywood, writers are empowered with full control over the decisions they make in their careers.

Both writers and managers now have access to tools designed for their needs. Writers can choose the projects they want to work on without worrying about their agents, and managers can post open writing assignments as singular job postings.

Some of the other capabilities added by the Thinklogic team include:

With all of these tools, the platform gained traction quickly - with over 800 companies with more than 1300 executives seeking writing talent in the first phase of the roll-out. More than 10,000 writers have taken advantage of it, all with a tremendous success rate. None of this would have been possible without this carefully designed, industry-specific platform.

Thinklogic Inc. is a consulting firm specializing in web design, web development, and custom business software solutions since 1998. With offices in Los Angeles and Pasadena, Thinklogic has successfully executed projects for up-and-coming startups to Fortune 500 companies.

We always root for the success of the companies we work with. The businesses that come to us are not just clients - they are our partners.

Our clients feedback is important for us

"Awesome, will buy again from you!"

"Great components for my agency"

"The best work ever seen, a masterpieces"

"Will buy again from you!" 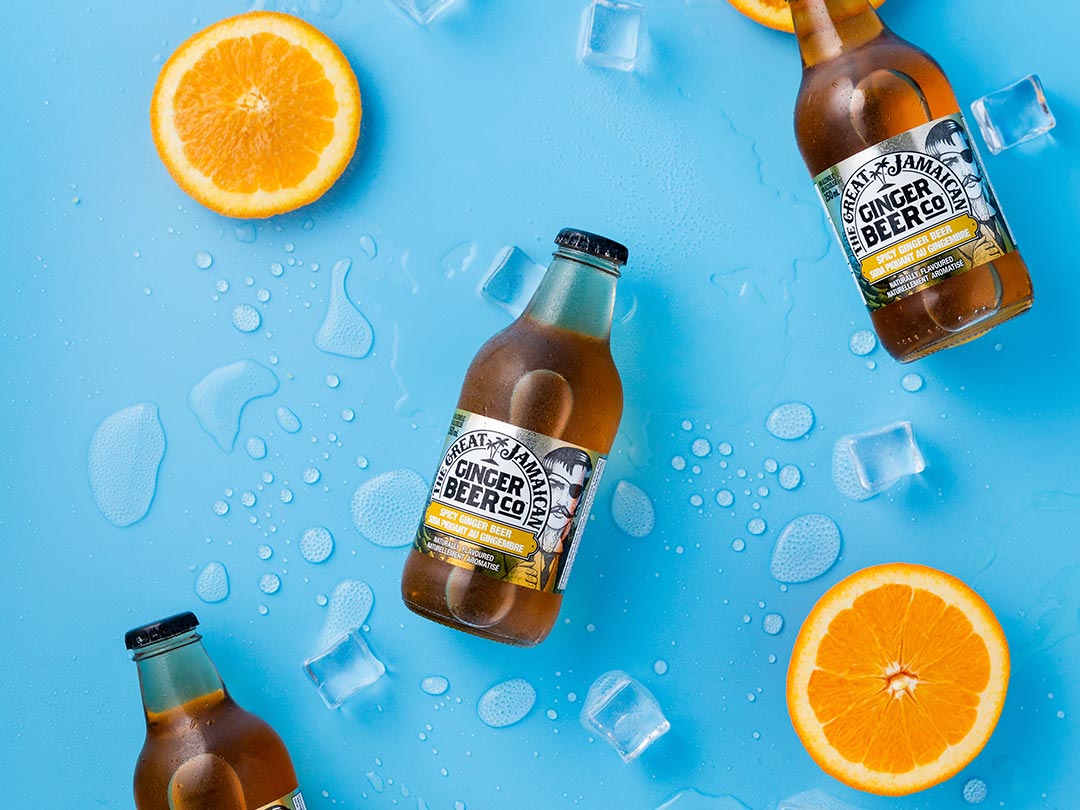 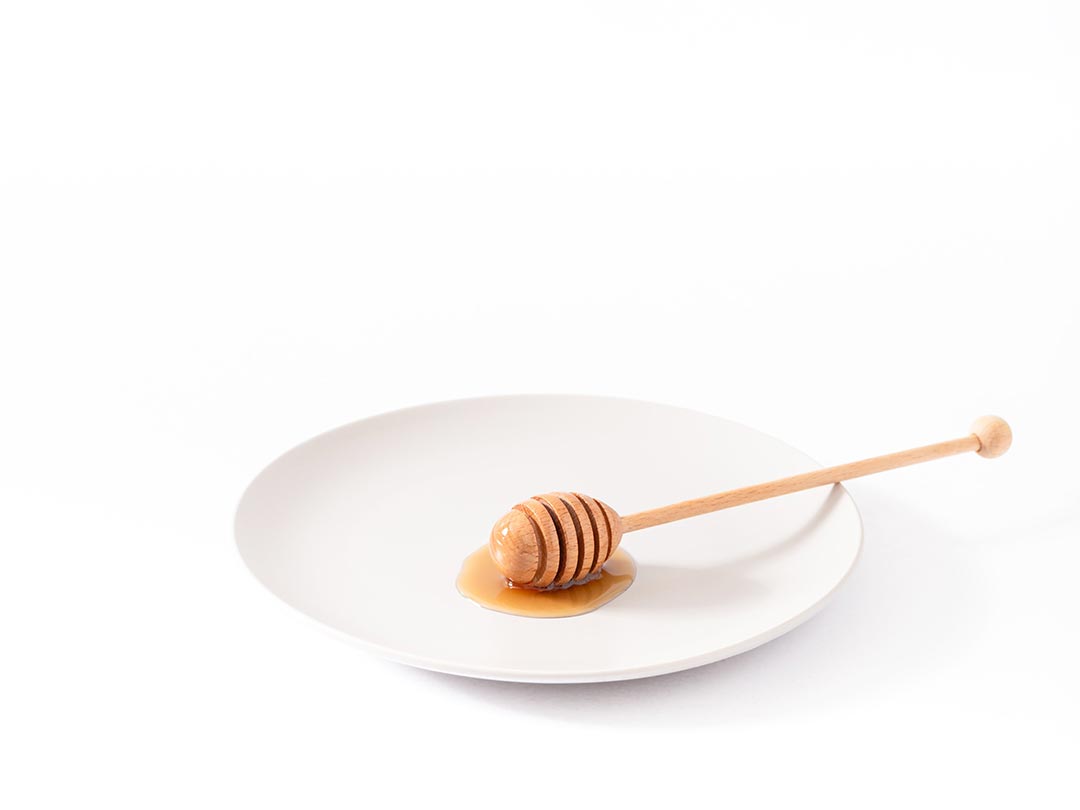 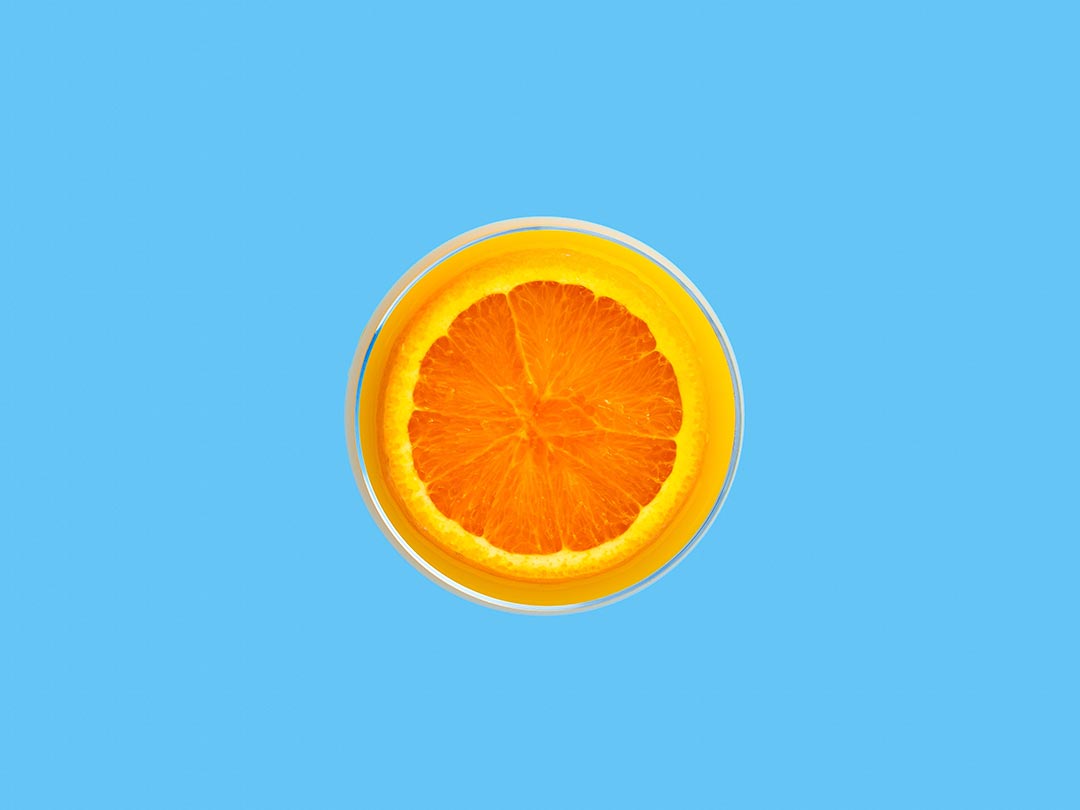 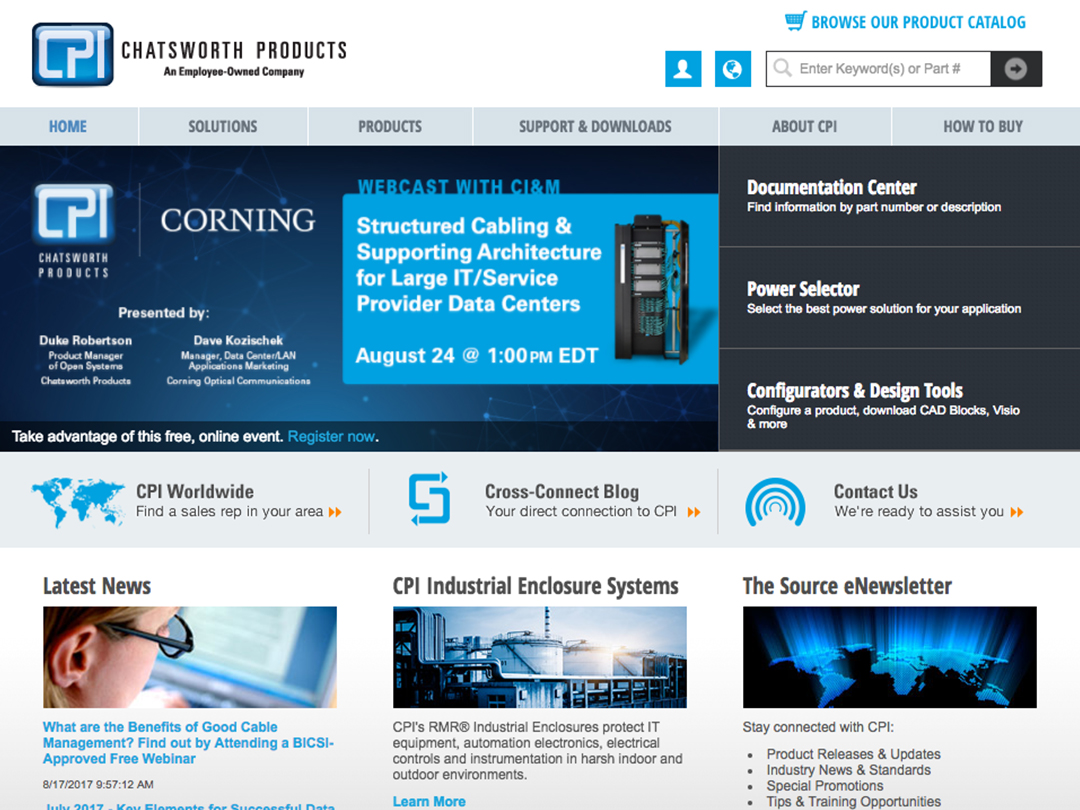 What Our Clients Say

"Finding a web development partner you can trust is so hard, especially when you are accountable for their results. But Thinklogic's transparent and collaborative approach kept me engaged and built trust from the start. Their expert team took on a large program and delivered it on schedule, keeping me informed every step of the way."

"Thinklogic was our end-to-end digital transformation partner, helping us re-imagine and re-build our flagship catalog from the ground up. The Thinklogic team methodically stepped us through their process, from surfacing and aligning us to critical business outcomes, to designing and building an innovative user experience fast enough to keep us ahead of the market."

"We augmented our web development project team with Thinklogic to get it back on track. Not only did Thinklogic ramp up quickly using their methodology, they were able to suggest improvements to our overall architecture that made dramatic improvements to the project and timeline. Any time we had questions for them, they were able to come in person to talk with us face to face."

"I have enjoyed working with Thinklogic's software design and development team. Everyone has been extremely professional and passionate in making my program a success, even under very tight timelines." 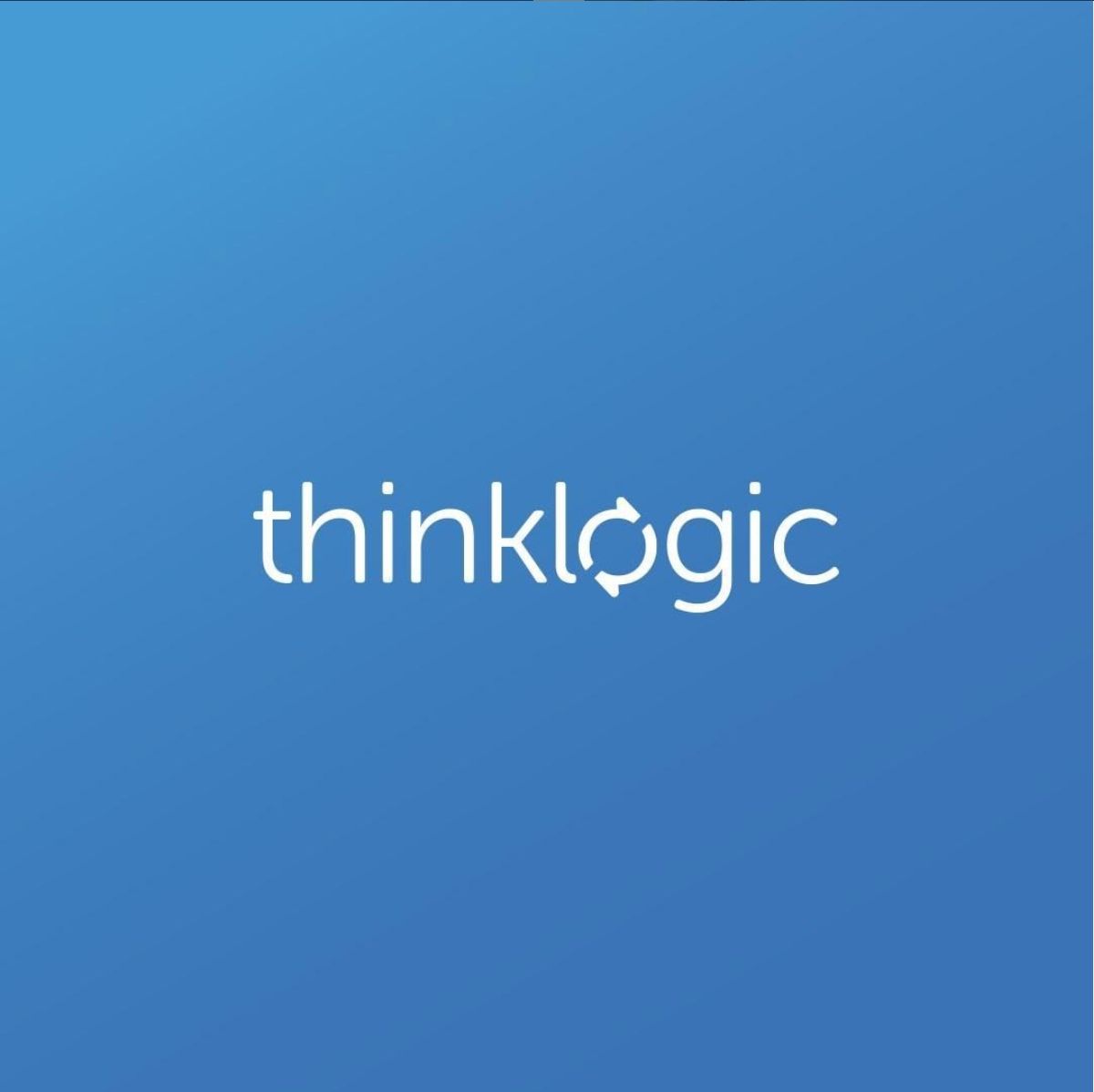 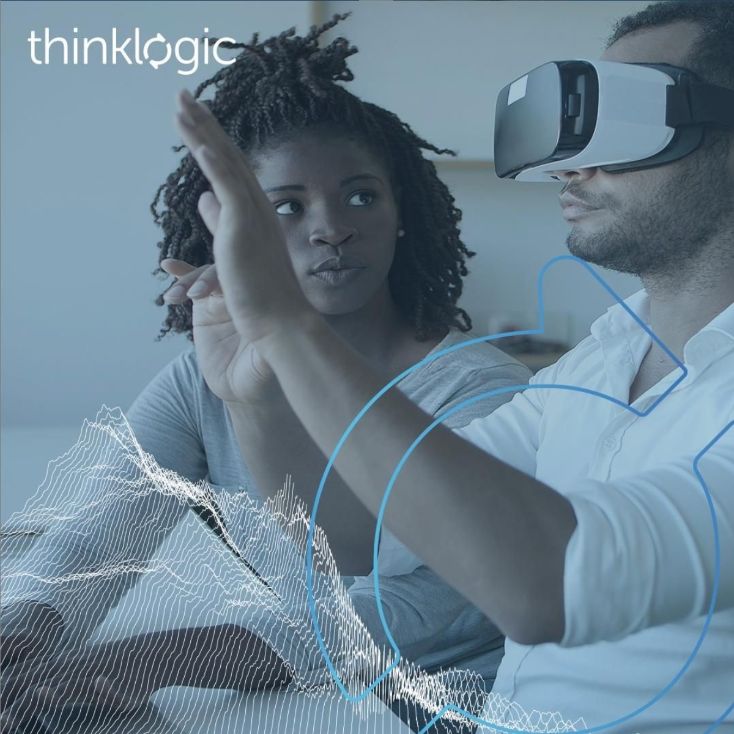 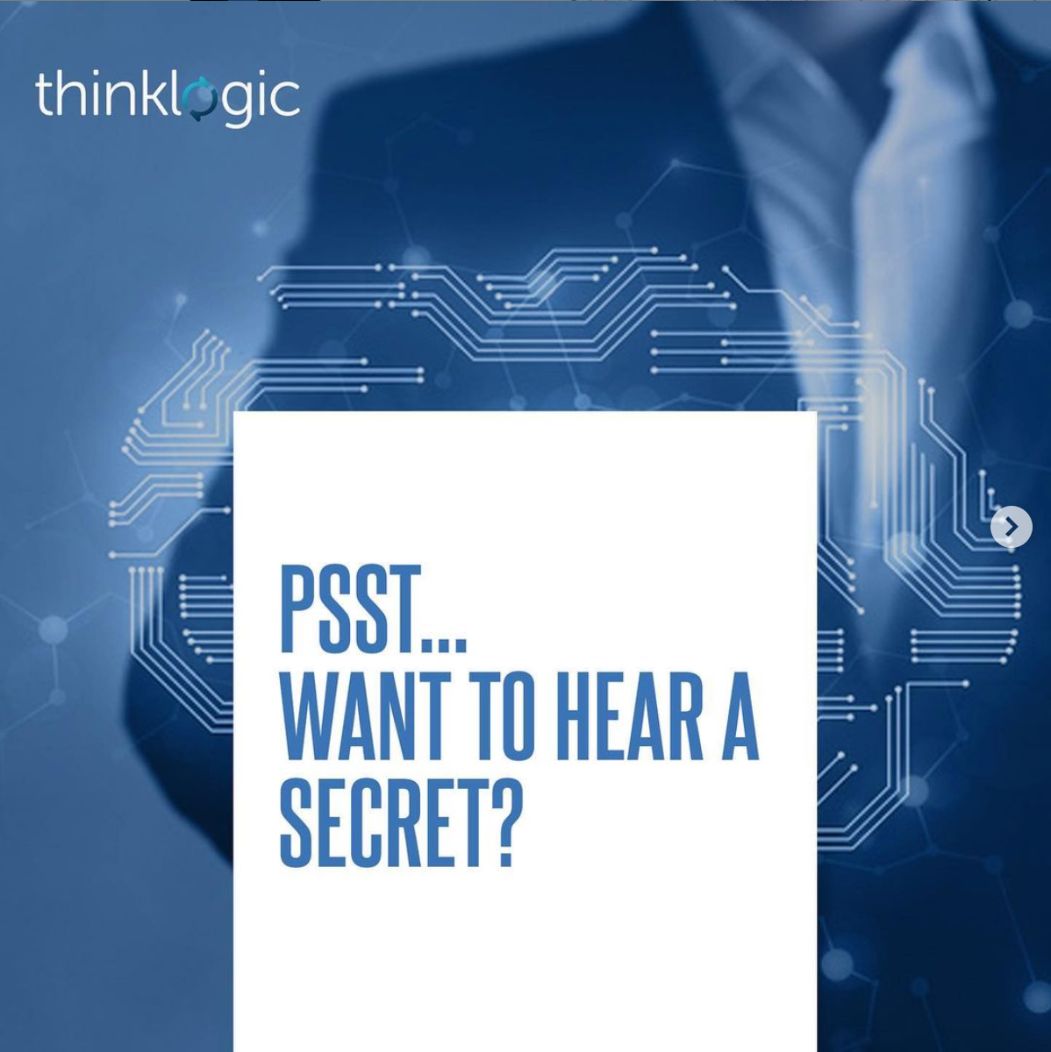 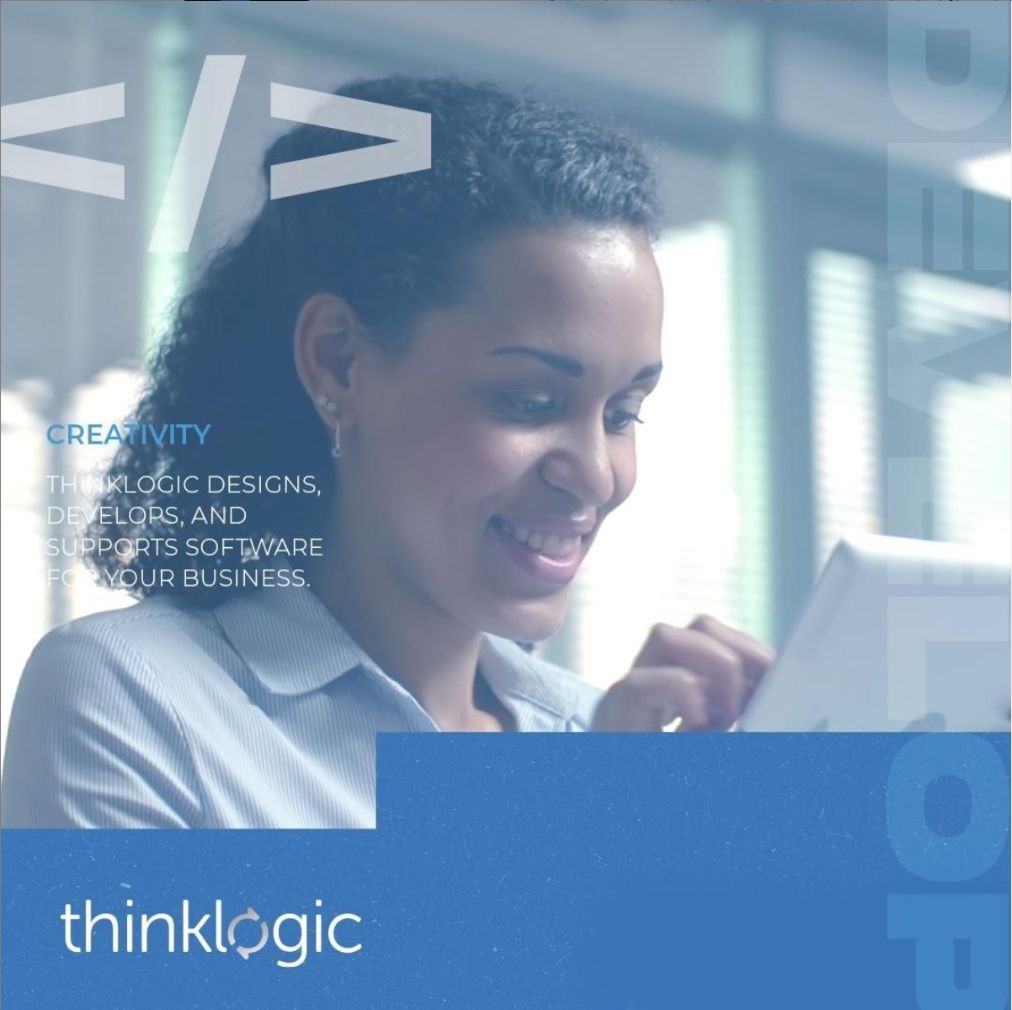